When to Prune Flowering Trees and Shrubs 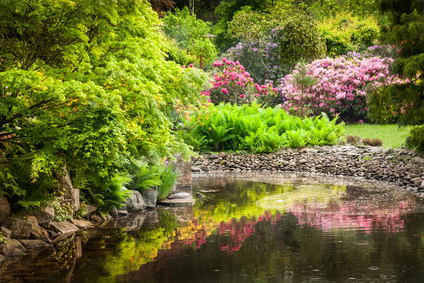 When is the proper time of pruning for flowering trees and shrubs? Part of the answer depends on whether the time of flowering is in the early spring or later in the season. As a general rule of thumb, prune flowering trees and shrubs immediately after flowering.
Pruning correctly is important in maintaining the health and vigor of your landscape plants. Proper pruning helps to maintain the shape and form of your plants, helps to remove any unwanted growth, allows for the removal of any diseased or broken branches and helps to stimulate new growth and better flowering. Not all trees and shrubs require regular pruning but if implemented it should be done correctly and at the right time of year (See Listing Below.)
Early spring bloomers formed their buds in early fall the season before on old wood. Pruning these plants before flowering in spring will result in cutting off the buds and decreased bloom. Varieties of trees and shrubs that bloom earlier in the season (prior to the end of June) should be pruned immediately after flowering in late spring/summer. These plants include: Flowering Dogwood, Forthysia, Flowering Crabapple, Flowering Cherry, Flowering Plum, Vibernum, Weigela, Magnolia, Wisteria, Mock Orange, Lilac, Rhododendron, Azalea and Bigleaf Hydrangea (Hydrangea macrophylla.) 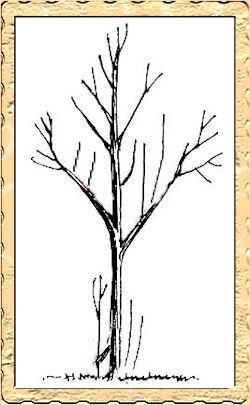 Trees and shrubs that flower after the end of June develop their buds on the new wood of the season and should be pruned in late winter to early spring (late March-early April). During this time the trees are dormant and it is easier to see before new growth starts. Since these varieties form buds on the new wood of the season they can be pruned before buds set. Examples of flowering shrubs that should be pruned while still dormant include: Crape Myrtle, Bradford Pear, Buddleia (Butterfly Bush), Knock Out Roses, Stewartia Abelia, Spirea (except Bridal Wreath) and some varieties of Hydrangea such as Peegee (Hydrangea paniculata ‘Grandiflora’) and Endless Summer Hydrangea macrophylla 'Bailmer'). 'Annabelle' also blooms on new wood and can be pruned in early spring.
 Often hardwood trees will sprout straight vertical branches from the base of the plant or roots called "suckers" or "water sprouts" that can interfere with the growth of other parts of the tree. I often find it to be much easier to prune off these shoots while the tree is still dormant and the framework of the tree is visible. This procedure is best done in late winter/early spring (late March). If done later than November or December, pruning could spark the tree to develop new growth that would not have enough time to "harden off" before winter. Crape Myrtles and Magnolias are two trees that do not require much routine pruning but frequently send up "water sprouts". Even though you may be tempted to prune these growths in late fall, resist the temptation and wait until late winter/early spring when it is healthier for the tree.
PRUNE IN LATE SPRING (After Bloom)
PRUNE IN LATE WINTER /EARLY SPRING (While Dormant)
Flowering trees and shrubs are a wonderful asset to have in your garden and with proper maintenance they will continue to add years of bloom and color to your landscape.